With most of the code for the orbs and turrets done, this short clip demonstrates a few of the things Izabel can do with her turrets:

Not shown here, but when Izabel has no orbs left and tries to summon a turret, the oldest turret placed will revert to orb form and reposition itself to create the new turret.

For now, line-of-sight only applies for where Izabel wants to summon the turret. So that means it's possible for an orb to come flying from across the map and through obstacles to reposition itself if necessary.

I think having line-of-sight restrictions apply for the orbs themselves might be interesting. For example, when Izabel is out of orbs, she will be limited to where she can reposition another turret based on the existing turret locations. I think this would have to be communicated very clearly though, otherwise the player might get confused as to why they can't summon a new turret. I'll probably explore this feature at some point in the future.

Next week: With this, I think it might be time to get on with a rough design for one of the first few stages that's meant to serve as a tutorial. Just so I can see what needs changing. 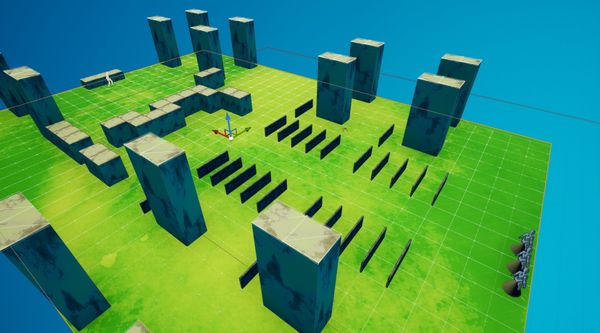